P. Brannock, a former Mormon High Priest, discusses what he refers to as the blasphemy of Mormon Fraud.

The wholesale fraudulent exploitation of the faith of countless Mormon adherents is among the most defining and ridiculous hallmarks of American culture. It is a remarkable and defining irony that social acceptability of the Mormon hostility to a healthy epistemology (one of the most fundamental philosophical roots of mental health and social justice) continues unchecked.

This curiosity has been recently punctuated by the absurdity of officials of the Mormon Church being tolerated, let alone invited, to speak at a Utah conference on affinity fraud in 2012. I cannot imagine that there are any greater perpetrators of fraud in the entire world, let alone the state of Utah, than the Mormon Church and those conspiratorial wolves dressed in sheepskins who call themselves the Mormon apostles, prophets, seers, and revelators.

As painful an epiphany as it is, for the steadily increasing numbers of Mormon adherents who gradually wake up to the realities of their own, personal brainwashing, the simple truth is that the biblical prophecy fulfilled by Mormonism is not the professed restoration from the so-called “general apostasy” via the Mormon “prophet” Joseph Smith.

It is not the professed manifestation of the stone cut without hands that would fill the earth as prophesied by Daniel. It is not the professed reunion or unification of the stick of Judah and the stick of Ephraim as spoken of by Ezekiel. It is, rather, the full blown manifestation of the advent of false prophets who have come in sheep’s clothing, but who are inwardly ravenous wolves, as spoken of by Matthew. It is the reality of the exploitation of naive children, who are tossed to and fro, and carried about with every wind of doctrine, by the sleight of man, and cunning craftiness, as they lie in wait to deceive, as spoken of by Paul to the Ephesians. It is the vain philosophical deception, after the tradition of men and after the rudiments of the world; the illegitimate judgment of others as to their meat or drink; and the wholesale beguilement of voluntary humility and worshipping of angels, by imposters intruding into things which they have not seen, while vainly puffed up by their fleshy minds, as spoken of by Paul to the Colossians.

Mormonism is an insidious, hypocritical and blasphemous fraud masquerading beneath a thin veneer of charitable platitudes, untenable religious sophistry, and an ostentatious display of wealth, power, and unmitigated political gall that belies the very essence of spirituality.

It is not just irony, but, rather, the calculated objective, that the very organization that fabricated the Book of Abraham, referred to by scholars as "an impudent fraud", and fabricated the Book of Mormon complete with its “ancient” prophesies of illicit secret combinations infiltrating every aspect of society in the future of this nation, can now boast that militantly obedient Mormon high priests, bound under the oath and covenant of the Mormon Melchizedek priesthood, and nurtured from youth in the culture of “lying for the Lord” and the duty to “return and report” to their priesthood leaders, have pervasively infiltrated the highest levels of American institutions.

The Mormon Church, itself, is actually the corporate sovereign of a vast empire of corporate holdings, who, through its negotiated executive board appointments, wields ungodly unseen influence that impacts on the daily lives of every American.

I could not help but muse, today, as I watched a video forwarded by a dear Jewish friend, featuring a noted ex-Catholic speaking out against anti-Semitism in Europe. Among other things, he made the point that the supposed Jewish “control of the world” has been exaggerated to the point of absurdity, while at the same time pointing out that to whatever extent such notions might be partially true, he was relieved at the thought that the wisdom, competence, human decency and compassion of the Jewish heritage might be so well placed. I, personally, share that view. I dare say, however, that there are some that would argue that Jewish influence at the highest levels of American institutions, business, and technology, while significant, might well be long since surpassed by the unseen influence of the “Mormon Mafia”.

Many individual Mormons, generally speaking, also enjoy a reputation of respectable levels of technical competence, compassion, and sincerity. Unfortunately, however, notable achievements by Mormons in areas demonstrating high levels of intelligence and wisdom are perpetually haunted by the looming specter of the inescapable evidence of Mormon naivete’, pseudo-spiritual hubris, and a historically damning lack of intellectual sophistication.

Let those who cringe at what might otherwise be considered the lack of social propriety of this observation be reminded, that I am a former Mormon high priest, a life-long student of Mormon culture, doctrine, and philosophical aversions, and a refugee from Mormonism who did not escape the social, intellectual, psychological, and spiritual black hole of Mormonism completely unscathed. I am a wounded soul still in recovery, who knows from whence he speaks, and who feels obliged to risk the consternation of a world that really needs to thoughtfully consider that which it is not enthusiastic about hearing.

To overlook the spiritual and philosophical blasphemy of Mormon fraud, in an effort to satisfy the social demands of misplaced “religious” tolerance, is to overlook one of the most seriously destructive forms of exploitive child abuse. This abuse has pervasive long term ramifications, not only for the child, but for the community culture exposed to the infectuous social and intellectual disease of epistemological corruption with all of its social, psychological, spiritual, and practical ramifications.

Those of any faith who may beat their children do psychological harm and should be held accountable. Hopefully, the child’s instinctual primordial awareness of the meaningfulness of contradictions will be enough to at least facilitate the child’s recognition of the injustice and hypocrisy of the abusive parent for what it is. This awareness, while it still lasts, might be the link to sanity that enables the child to outgrow the parent’s immaturity and rise above the abuse in time. At least there is some hope.

But what of the parent who lovingly nurtures a child into wholesale abandonment and abdication of the reasoning process as a way of life, complete with acceptance of patently absurd and irreconcileable contradictions in the pursuit of the self delusional intoxication of a false sense of spiritual insight born of the notion that every warm and fuzzy feeling must be a message from God confirming that what one desires to believe must be true by virtue of that warm and fuzzy feeling.

What of the systematic disparagement of challenging thoughtfulness manifesting itself in the form of probing questions about obvious contradictions where such thoughtfulness is associated with Satanic contention? What of the intellectual and psychological oppression sugar coated with the paradox of nurturing dismissiveness and disapproval when an innocent child’s legitimate questions trigger the parent’s intellectual and spiritual cowardice. What of systematic psychological indoctrination that obvious clues of obvious fraud manifesting themselves in the form of factual contradictions should be ignored by repression in favor of self loathing for questioning God’s anointed?

Does any sane individual even partially informed as to the sociology of Mormonism have any doubt as to why Utah has led the nation for decades as the capital of white collar crime and affinity fraud? Yet, how does the "intellectual prowess" of the Mormon dominated culture in Utah address the problem of affinity fraud? It features representatives of the Mormon Church to address the gathering with “thoughtful observations” about the epistemologically rooted social epidemic of its own creation. 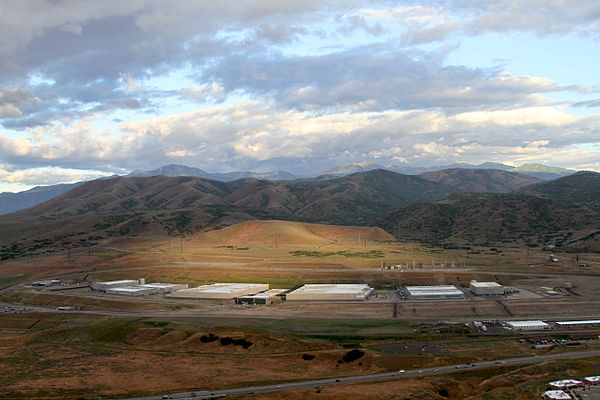 Nazi Germany became Nazi Germany amidst a nation of Christians. Mormonism is a front for a fascist corporate empire whose actual sophistication in what the Apostle Paul called “the sleight of man, and cunning craftiness” far exceeds its self serving appearance of a lack of sophistication. It is, quite possibly, the most successful religious cult in world history. And we are a nation of fools caught up in a foolish rush as we reward the Mormon phenomena with a measure of trust and deference it does not deserve. The largest and most sophisticated national security installation in the history of the world will now be located just South of Salt Lake City. How many Mormon high priests will be employed collecting and sifting through intelligence at this new, massive, data center, and whose empire, exactly, will they be reporting their findings to, and why?

Clearly Mormonism will never emmerge as a neo Nazi organization, notwithstanding its propensity toward religious fascism, historically, and corporate fascism currently. Mormon fascism is perceived (incorrectly) to be relatively benign, but for the exploitive fraud. Rather, it will benefit from general government corruption and exploitation that is dependent on general naivete. 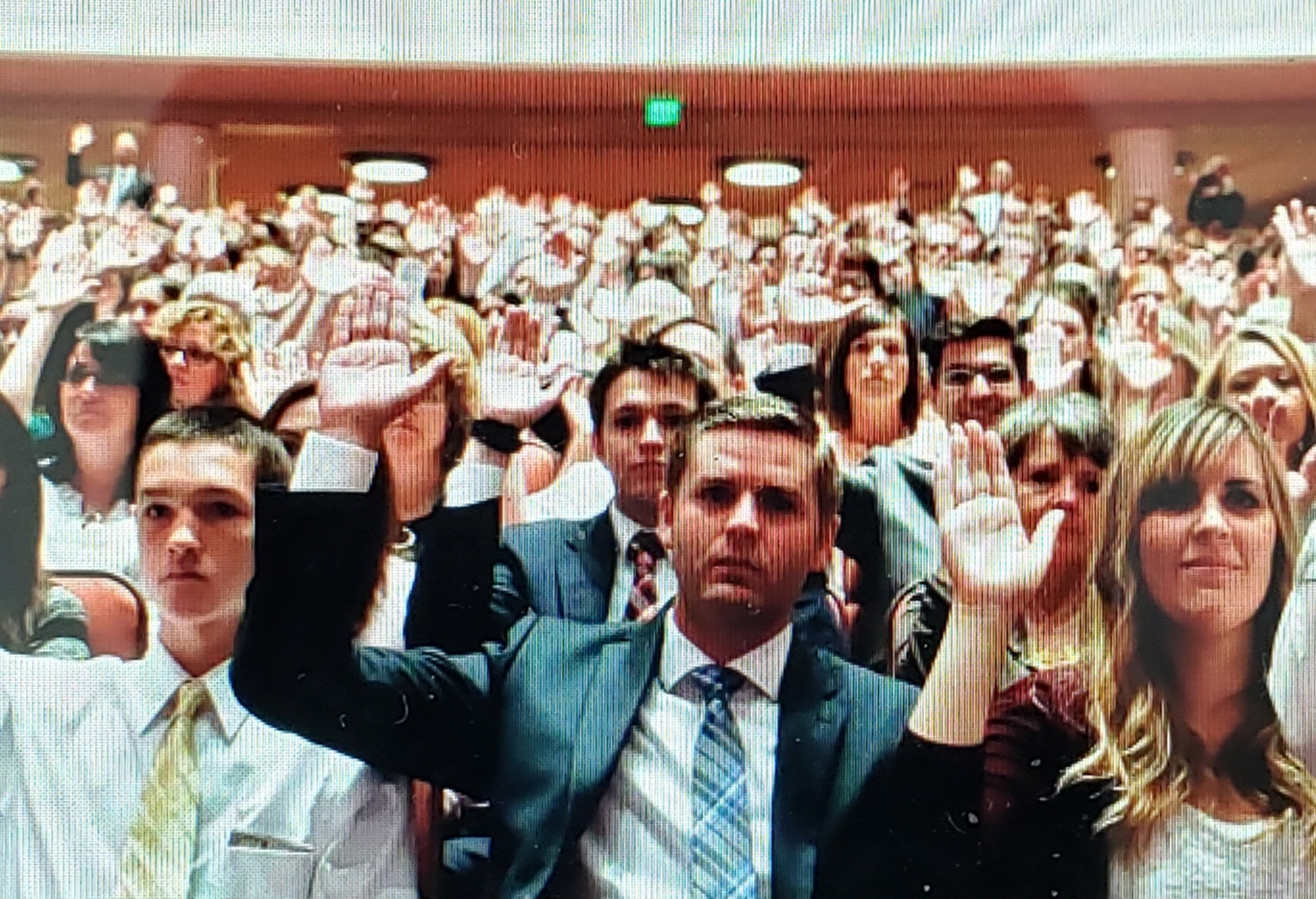 Each year, during a general conference, an oblique perfunctory announcement is made to the effect that generally acceptable accounting principles have been followed in keeping the records of the church. At this, the Orwellian state of Mormon group think, amidst the looming threat of being socially ostracized for questioning the Church leadership, is sufficient to keep the general membership nodding in blind trust as hands are raised in approval of secret "financial management" that disposes of staggaring revenues annually while funding the "Strengthening Church Members Committee" and its shrouded activities.

Unfortunately, naivete is socially contagious, and America’s collective naivete has given rise to a military industrial complex that is completely out of control and which perpetuates the perception of its own necessity by manufacturing unrealistic and unfounded fear beyond anything reasonably appropriate for the service of the actual risks and needs of its constituents. Massive corporations, including the Mormon empire, continue to enjoy ungodly wealth as a result of the exploitation of fear and naivete’ in America.

For more on this subject see 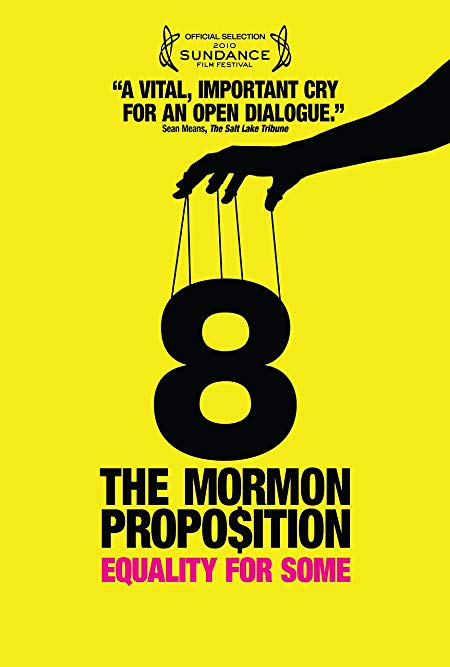